Section 1.2 What is Disability Identity?

What is Disability Identity? And how to talk about it.

Disability is not one universal experience.

Identity refers to the many ways we describe who we are.

Disability identity describes a person’s sense-of-self as a person with a disability. Some people’s identities are focused primarily on themselves as individuals, and sometimes they are related to the emotional, social, and political connections people share with other people – including other disabled people and disability communities.

Disabled people do not have one shared lived experience, and they, and their families, have a variety of needs. Some people identify very strongly with their identity as disabled people, while others who could be classified as having a disability don’t think of themselves as disabled.

While many nondisabled people are taught to think about disability through a medical lens, many people with disabilities do not have an official diagnosis from a physician or other professional.  This does not mean that they are not disabled.

Disability identity sometimes shows up in the ways people with disabilities choose to refer to themselves. Some choose “identity-first” language, while others choose “people first language.”

Identity first language begins with describing the disability first when speaking about a person. For example, you might say “an autistic person” rather than “a person with autism.” People who prefer identity-first language argue that it acknowledges a core part of their identity (and makes grammatical sense, as adjectives customarily appear before nouns in sentences). Cara Liebowitz writes “My disability, among many other things, is integrated into who I am. There is no way to separate me from my disability…Disability is only negative because society makes it so.”  On the other hand, people with Down syndrome and other disability communities prefer person first language. So,  you would say “person with Down syndrome” as opposed to “Down syndrome person.”

Regardless of whether a person uses identity-first or person-first language to describe themselves, disability is only one aspect of an individual’s identity.

In writing, the CEDI lab uses a combination of person-first and identity first language when describing disability communities broadly, and the more popular convention for specific communities. And when talking about an individual, we use the Ask First method (as the person what they prefer if you need to describe them by their disability). Most people with disabilities consider terms like “special needs,” “differently abled,” “handicapable,” and other euphemisms to be antiquated, so unless a disabled person (not their parent, teacher, or other support person) uses one of these terms to describe themselves, we generally avoid them.

Choose one an article to read: 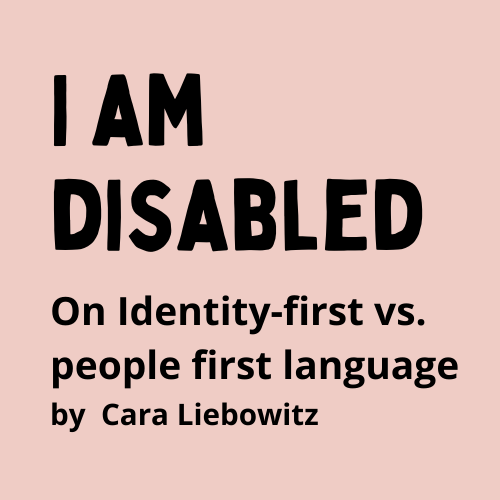 I Am Disabled: On Identity-First versus People-First Language (thebodyisnotanapology.com) 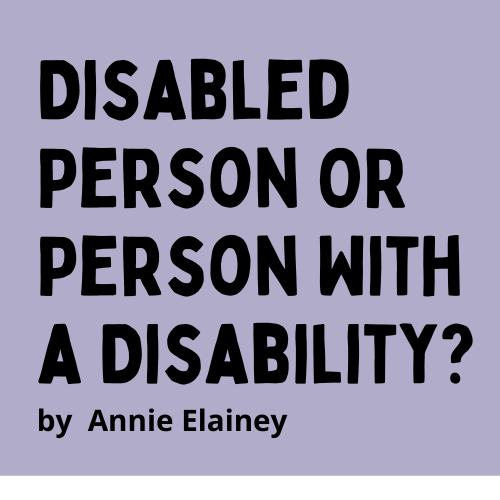 Disabled Person or Person with a Disability? by Annie Elainey 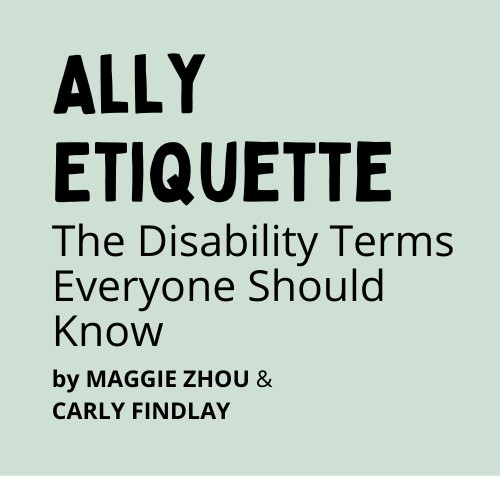 Disabled Person or Person with a Disability? by Annie Elainey

Choose one of video to watch:

I’m not your inspiration, thank you very much (Stella Young, TedTalk) 9 mins

I got 99 problems…palsy is just one (Maysoon Zayid, TedTalk) 14 mins

On your own, consider how your identity and the language you use to describe it.